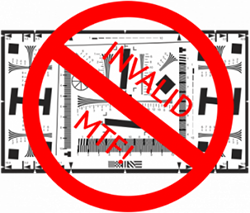 The obsolete ISO 12233:2000 standard defines a resolution test target with a high contrast ratio. These are typically produced at the maximum dynamic range of a printer, which can be anywhere from 40:1 to 80:1.  The high contrast can lead to clipping of the signal which leads to overstated invalid MTF values. Some camera manufacturers who want better MTF results may take advantage of this anomaly to overstate the quality of the cameras they produce. This is why it is critical to validate cameras with a proper measurement system that includes a low-contrast target.

4:1 contrast is the international standard 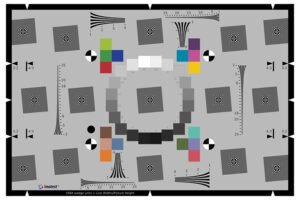 The international standards committee (ISO) has addressed this issue by reducing the contrast ratio to a lower 4:1 level. See the following excerpt from ISO 12233:2014  (Page 7, section 0.3):

All other imaging conditions being equal, camera SFRs using different target contrast edge features can be significantly different, especially with respect to their morphology. This is largely due to non-linear image processing operators and would not occur for strictly linear imaging systems. To moderate this behaviour, a lower contrast slanted edge feature (Figure C1) was chosen to replace the higher contrast version of the first edition. This feature choice still allows for acuity amenable SFR results beyond the half sampling frequency and helps prevent non-linear data clipping that can occur with high contrast target features. It is also a more reliable rendering of visually important contrast levels in naturally occurring scenes. 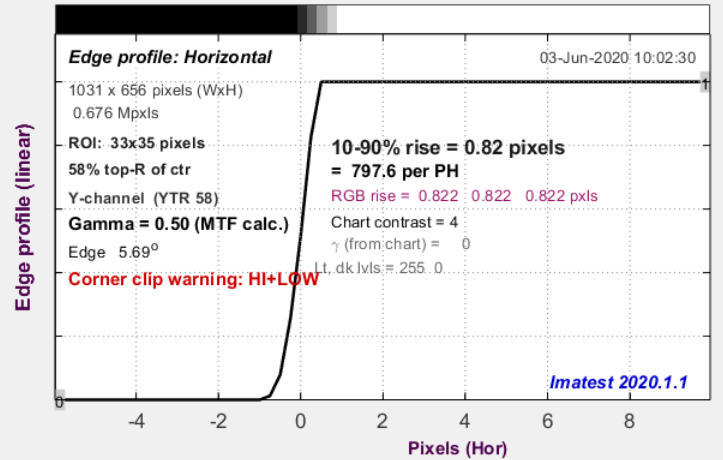 Notice the cusp in the average edge function as it clipped because of the saturation of the sensor.

The percentage of clipped pixels is not a reliable index of the severity of clipping or of the measurement error. For example, it is possible to just barely clip a large portion of the image with little loss of accuracy. The plot on the right illustrates relatively severe clipping, indicated by the sharp “shoulder” on the black line (the edge without standardized sharpening). The sharp corner makes the MTF look better than reality. The absence of a sharp corner may indicate that there is little MTF error.

Clipping can usually be avoided with a correct exposure– neither too dark nor light. A low contrast target is recommended for reducing the likelihood of clipping: it increases exposure latitude and reduces the sensitivity of the MTF results to errors in estimating gamma. 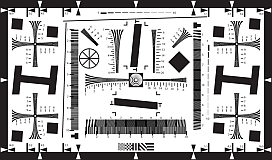 The ISO 12233:2000 standard and chart, shown on the right, is referenced in the new ISO 122433:2014 standard, but is no longer an official part of the standard. The new standard specifies three charts, one of which is a slanted-edge (Edge SFR or E-SFR) chart with much lower contrast (4:1; shown on the right, below). 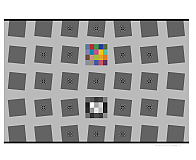 Compared to the SFRplus chart,

These test targets have contrast ratios that comply with the ISO standard:

This entry was posted in Imaging Tech, Test Setup.