Chart definitions come in the form of JSON-formatted text files which describe the properties of the chart and its features. These files can be created by hand or by a user-defined automated process if you are so inclined to create one. 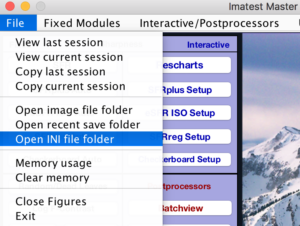 If you have installed Imatest 5.0.0 or newer, you already have some example chart definition files installed on your system. These can be found in the chart_design subdirectory the Resources Directory installed in the same location as the default Imatest INI folder.

The easiest way to find this folder location on your system is to select the “Open INI file folder” entry in the File dropdown of the main Imatest window. 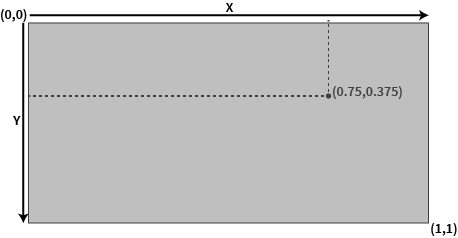 JSON definition files require a field that defines each chart property such as background color, encoding, and aspect ratio. It also defines an array of features drawn on the chart. Each chart feature is listed as a JSON object, with its own set of required fields to define its properties. Below is an illustration of the correct JSON structure:

Note: Registration marks on the corners of cross-correlation texture patterns count as part of part of the RandomFieldFeature, not registration marks. They should not have separate entries or count towards the indices of RegMarkFeatures. 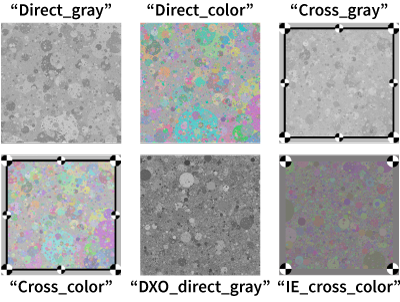 Note: Registration marks on the corners of cross-correlation texture patterns count as part of the RandomFieldFeature, not registration marks. They should not have separate entries or count towards the indices of RegMarkFeatures. The Test Charts Module can be used to generate random patterns. 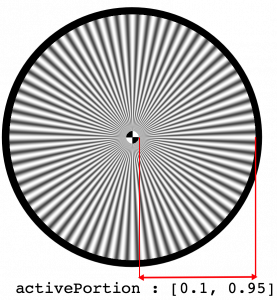 Notes: Keep-out areas are regions of the chart where there may be other graphical features that aren’t defined for analysis by other chart features on this page, but need to be known by the system to avoid incorrectly using the area for uniformity analysis from the background area. This includes graphics, text, framing markers, etc., that should not be included in uniformity analysis. The center, width, and height of keep-out areas are defined like any other Arbitrary Charts feature.

Unfortunately, JSON files do not allow you to have comments in the file that are ignored by the parser. This means that if you are writing a JSON file and want to leave a comment documenting something for future users, you cannot do so by simply including escape characters such as “%” or “//” as is often found in most programming languages.

However, if you need to comment your JSON file, you are free to add extra fields to any object in the file, for example with the name “comment” and a string value. Only required fields in a chart definition are checked for by Imatest- any extra fields are ignored.

As with all test charts, it is important to consider your imaging distance and minimum print resolution. Imatest offers professional printing services in a wide variety of substrates and sizes.