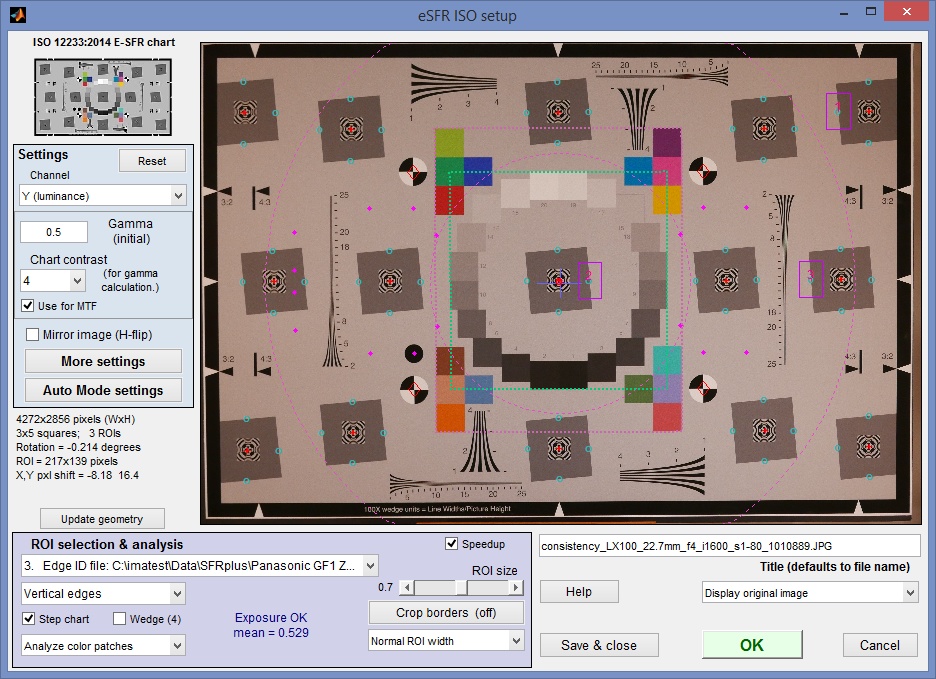 In Batchview, enter the […]_sfrbatch.csv output files (from the eSFR ISO batch runs) into boxes A–D at the bottom. Up to four output files can be entered for comparison (though statistical results can only be viewed when a single batch is displayed: Display (lower-right) should be set to A, B, C, or D. The measurement (MTF50, MTF50P, etc.) should be selected from the dropdown menu at the top-left. For this particular analysis, Part way mean was selected in the Region dropdown menu, top-center. (Center mean will be selected in cases where the image is sharpest in the center.) Statistics (mean, sigma) should be selected in the dropdown menu on the top-right (only visible with a single batch is displayed). 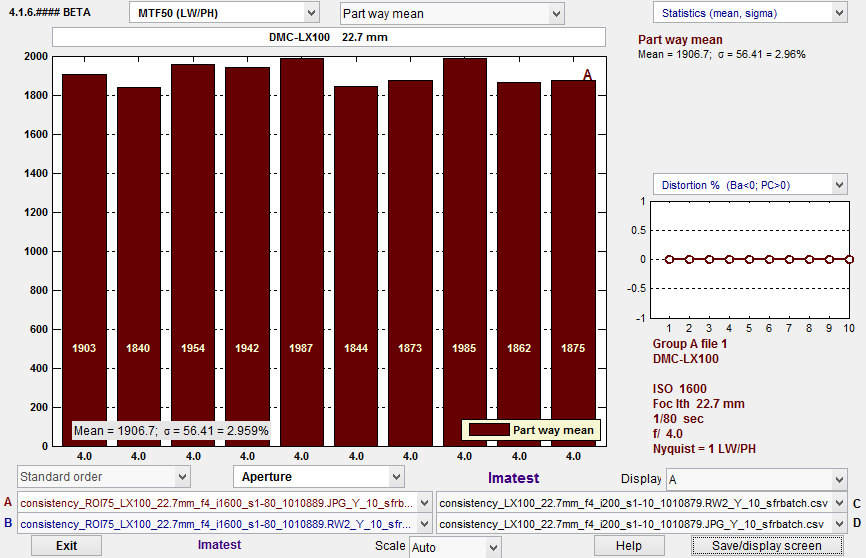 A 25×40 pixel region size is sufficient for good results with low noise images. This may be the best that can be done with low resolution cameras, though larger is recommended if the geometry allows or if the image is very noisy. 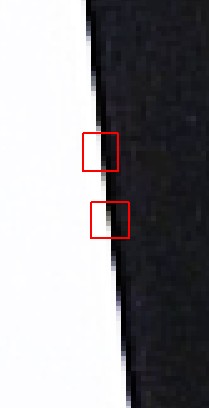 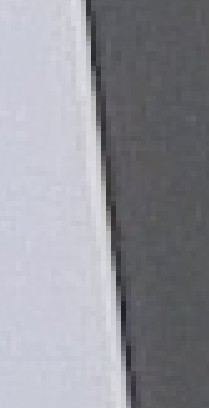 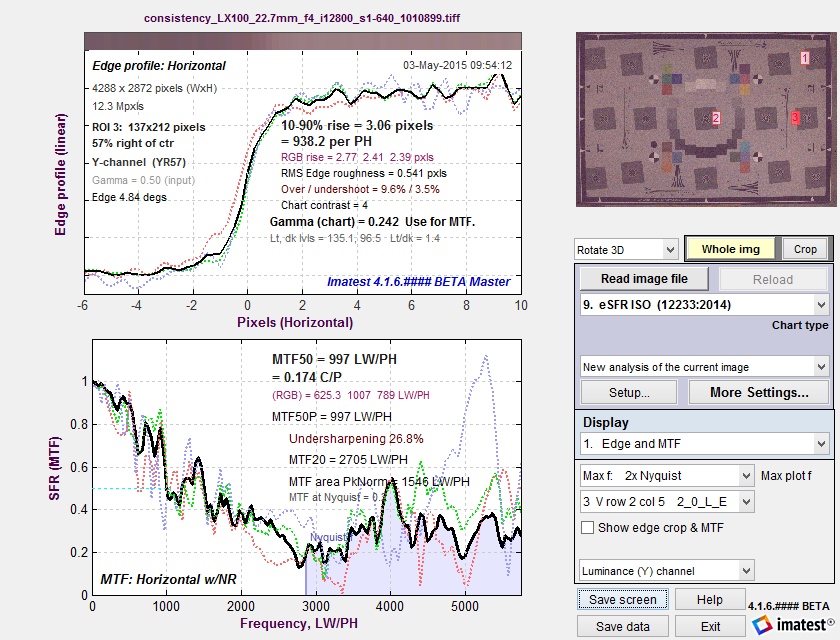