Introduction  Random/Dead Leaves, which runs under the interactive Rescharts interface or as a fixed (non-interactive, batch-capable) module, measures SFR (Spatial Frequency Response) or MTF (Modulation Transfer Function) from random scale-invariant (or approximately scale-invariant) test charts, including “Dead Leaves” and “Spilled Coins” charts. It is primarily used to measure the effects of signal processing on image texture. 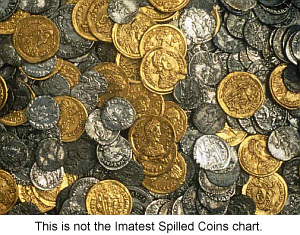 The advantages of scale-invariant charts are described below. 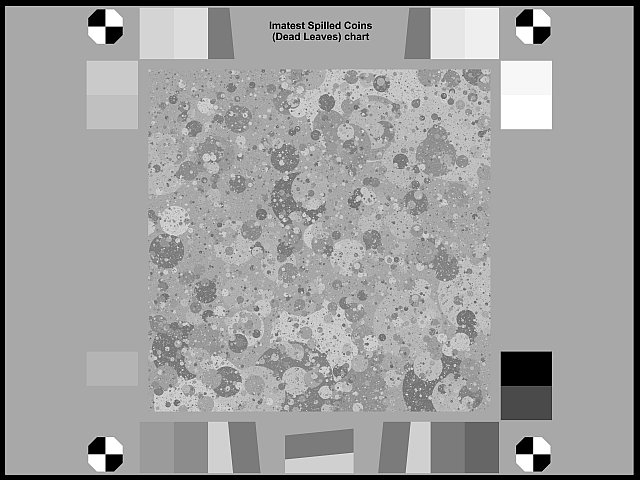 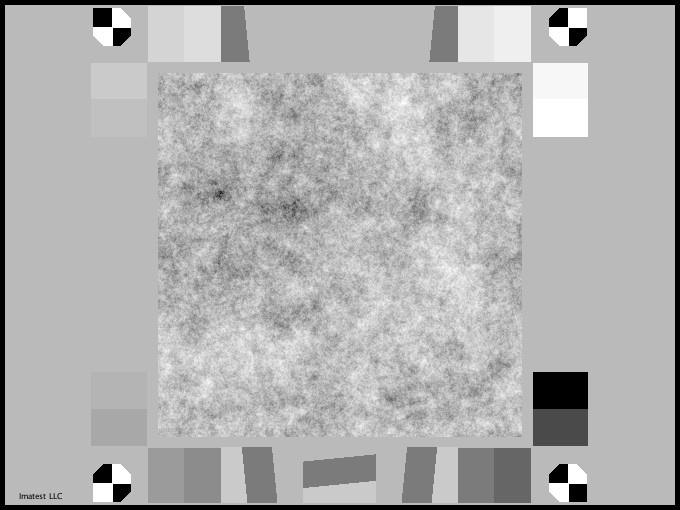 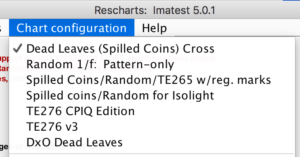 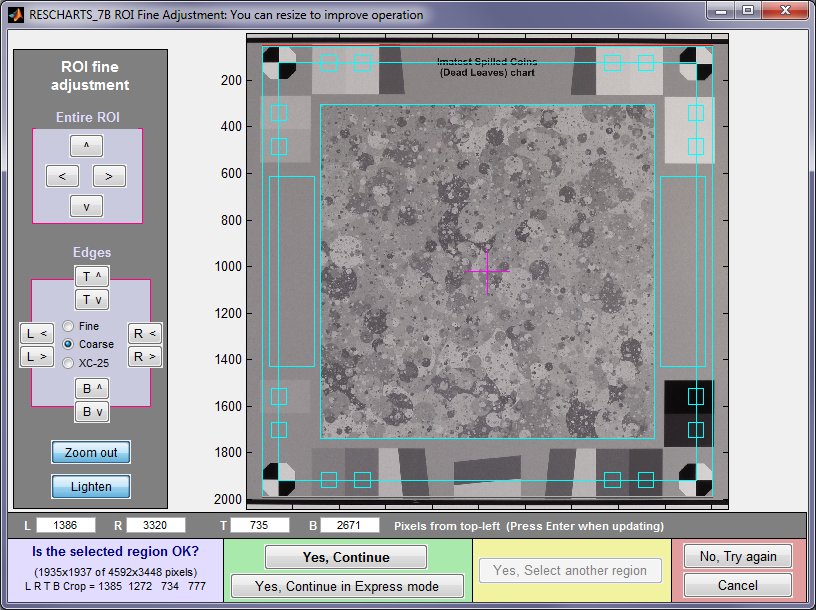 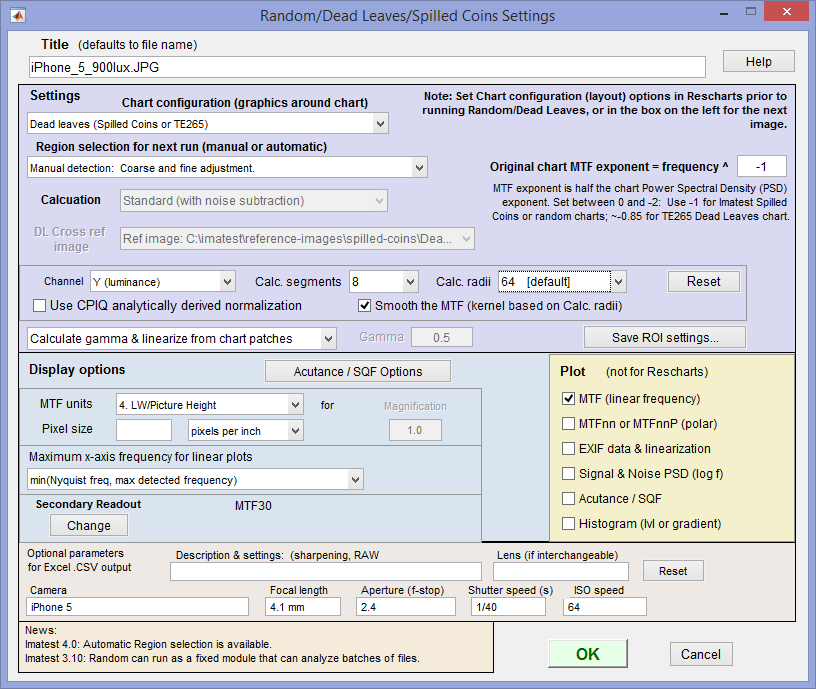 Calc segments is the number of angular segments in 2D frequency domain to analyze. 8, 12, and 24 are supported. 8 is the default, but 1 is usually sufficient. A maximum of 8 angular segments can be displayed in regular MTF plots, but all segments are shown in angular (MTFnn, MTFnnP) plots.

Calc. radii is the number of radii on the circle used for the MTF calculations. 64 is sufficient in most cases. 32 is faster and less susceptible to noise; 128 has a finer frequency gradient, but is more susceptible to noise and slower (not recommended). 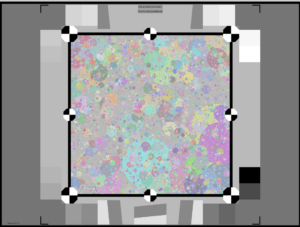 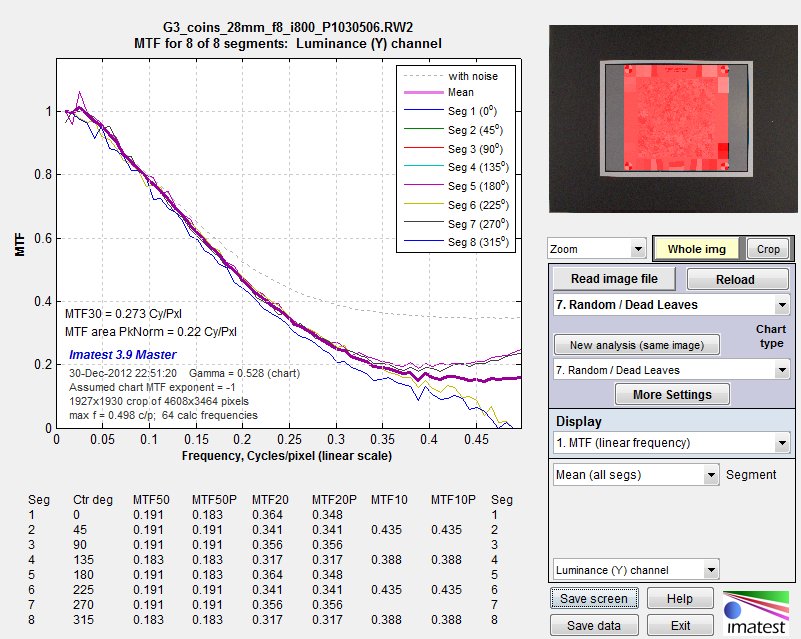 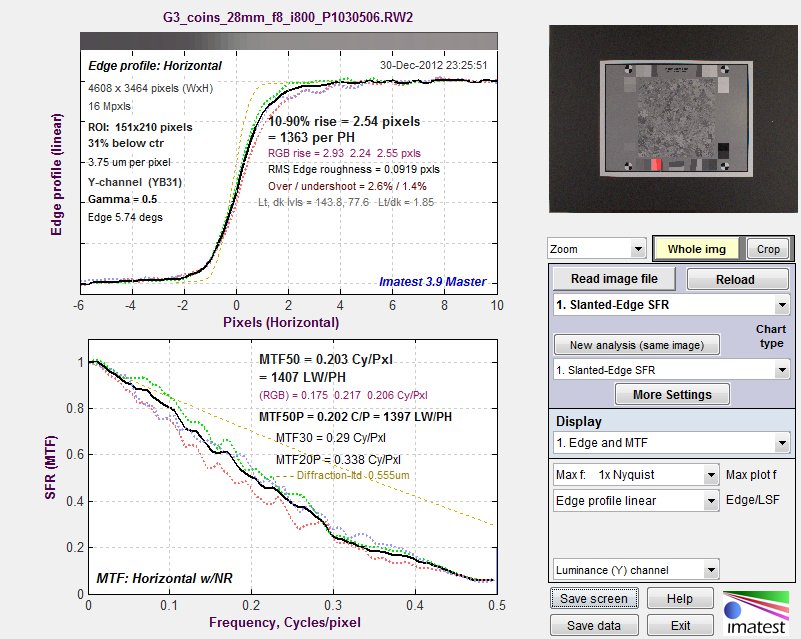