This display, calculated by the Imatest Chart Quality Calculator, is recommended for determining the suitability of a chart for MTF measurements for a given camera system.

The table below is based on measurements of matte surfaces. Luster/Semigloss surfaces have similar performance. 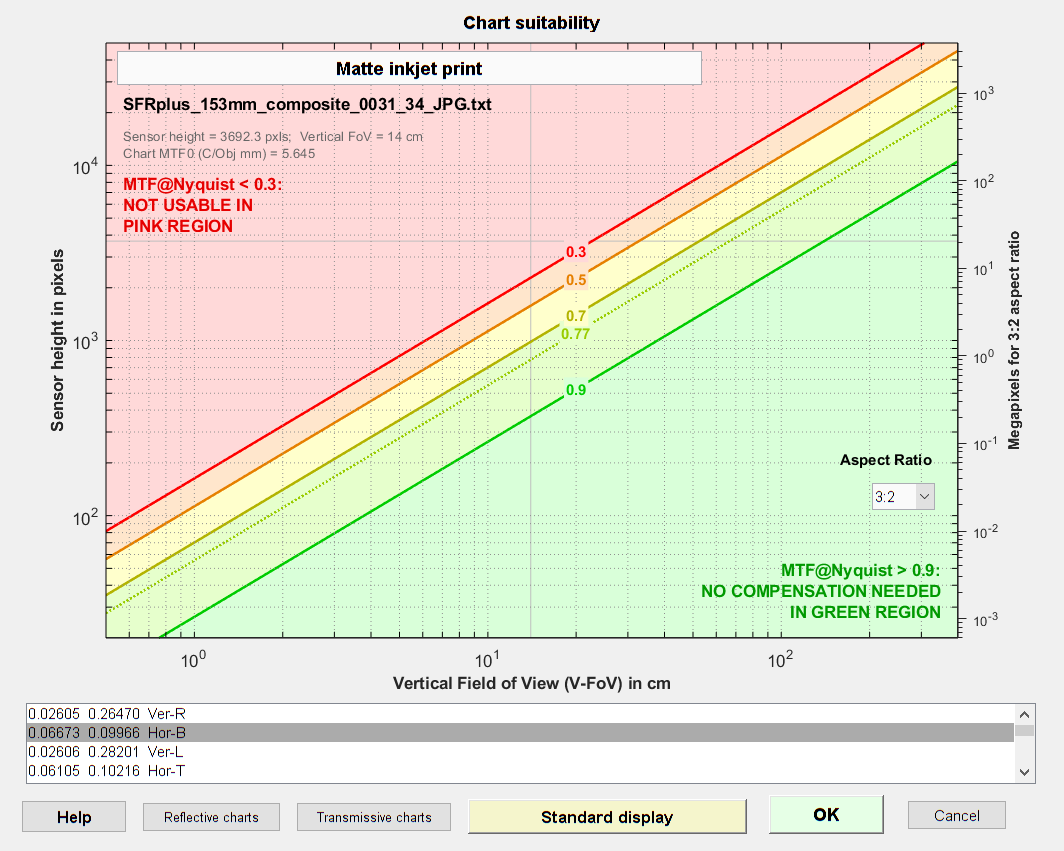 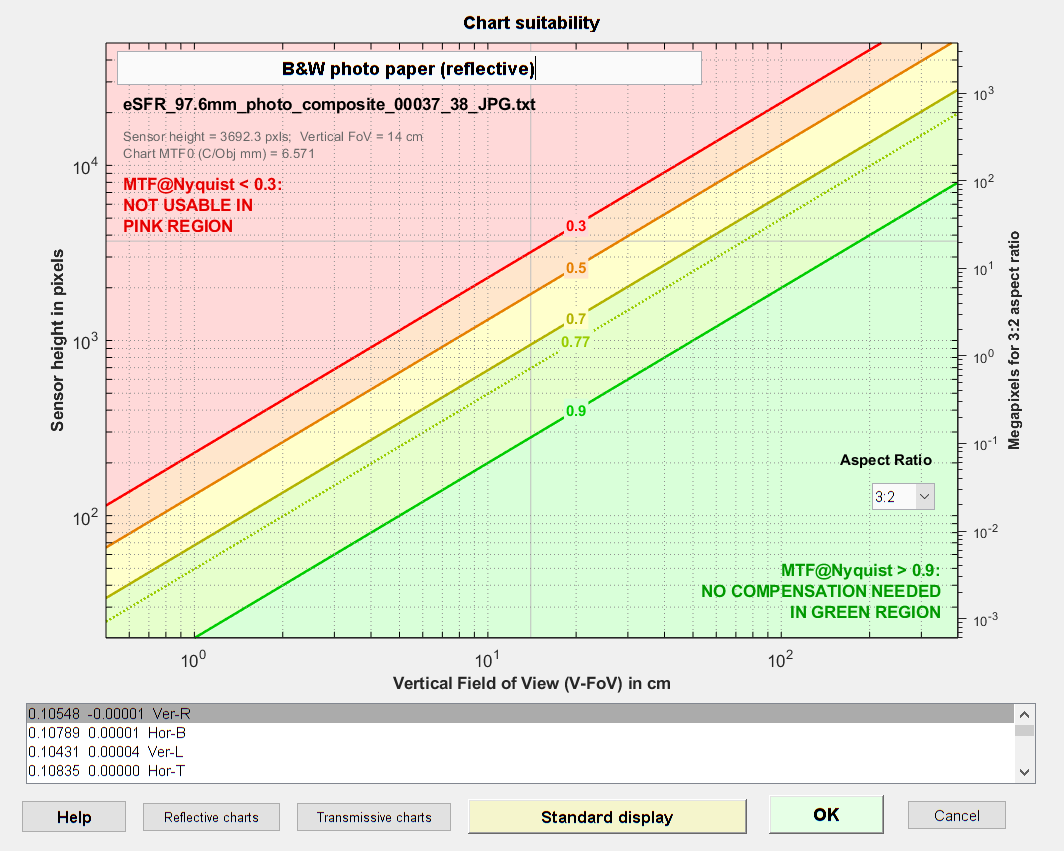 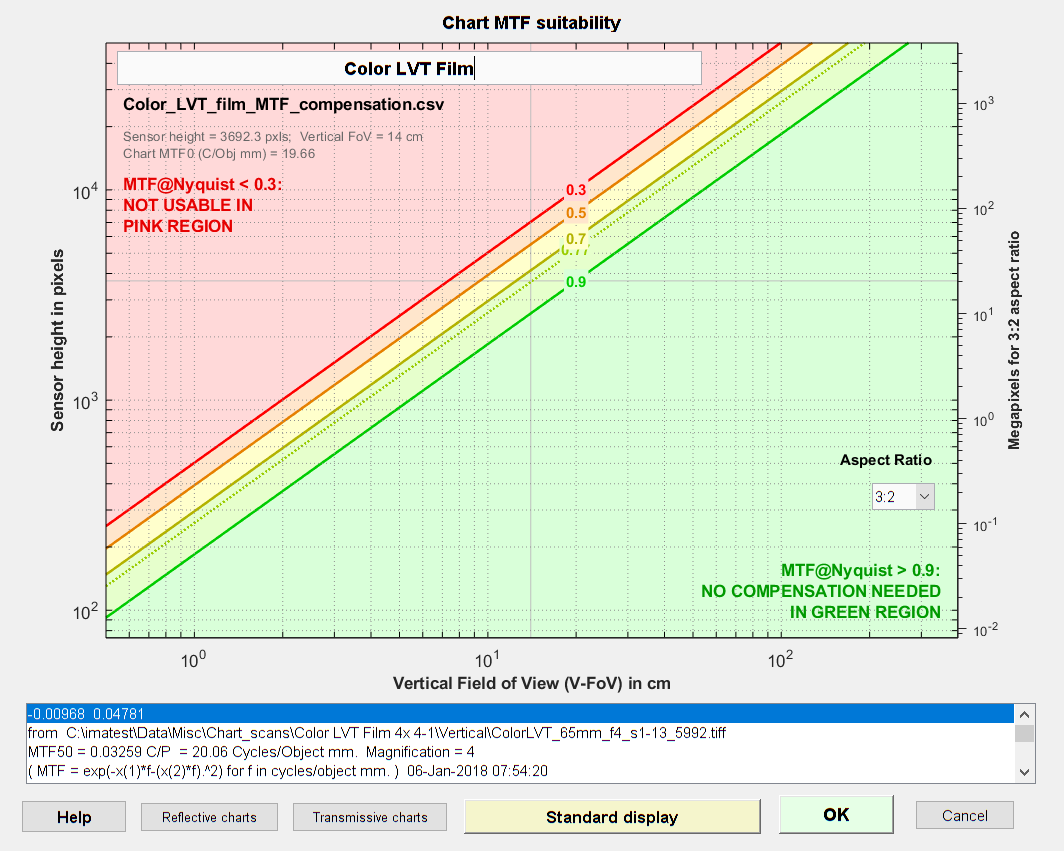 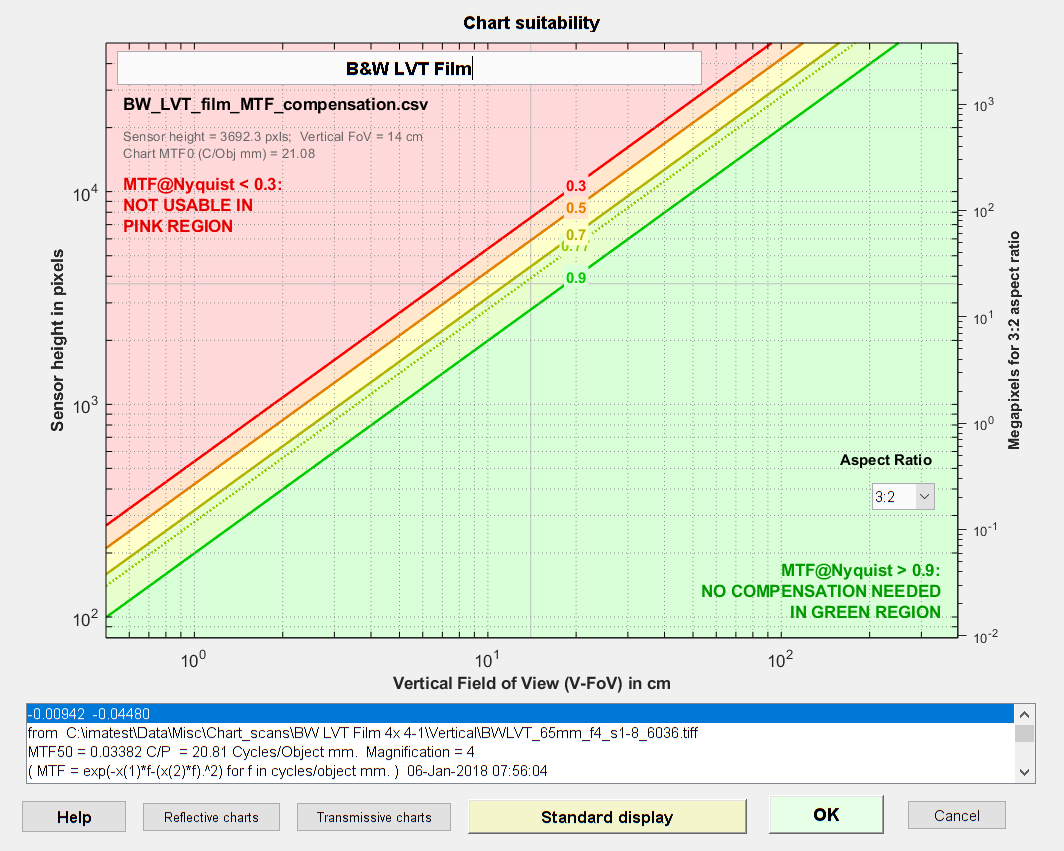