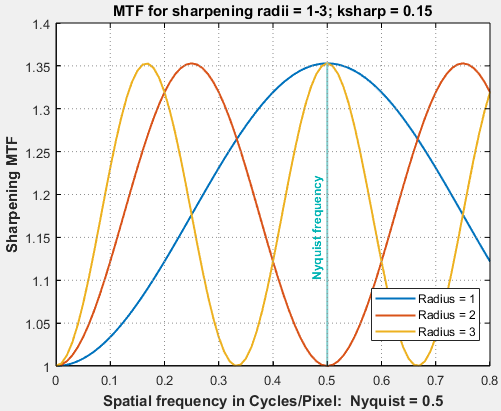 Note that sharpening MTF is cyclic, i.e., it oscillates. This can have serious consequences for some MTF measurements on sharpened images.