Imatest Maskfill (mask and fill) is a standalone program for removing features in test images that interfere with Imatest analysis. A typical image is shown below: it has passed through a fiber optic bundle that adds a "honeycomb" interfering pattern. Imatest modules such as SFR will often fail with this pattern. Maskfill removes the honeycomb pattern so that Imatest modules can run properly and produce correct results. 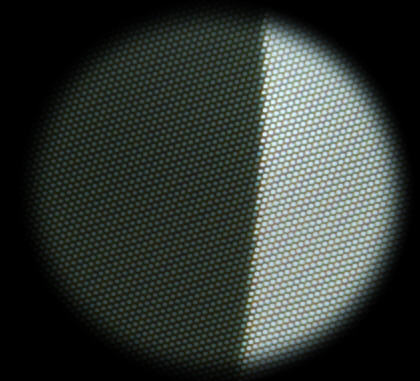 used as the Uncorrected image

To run Maskfill, you’ll need an image of a uniform, featureless surface (white or gray preferred) taken with the same interfering pattern as the test image(s). This pattern, called the Mask input, is used for creating a mask (the first step in Maskfill). 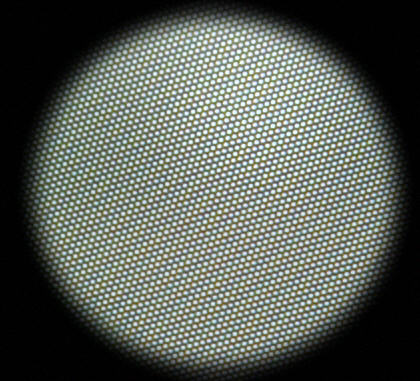 Image of plain surface:
used as the Mask input.

Must be the same pixel size and alignment as the uncorrected image. 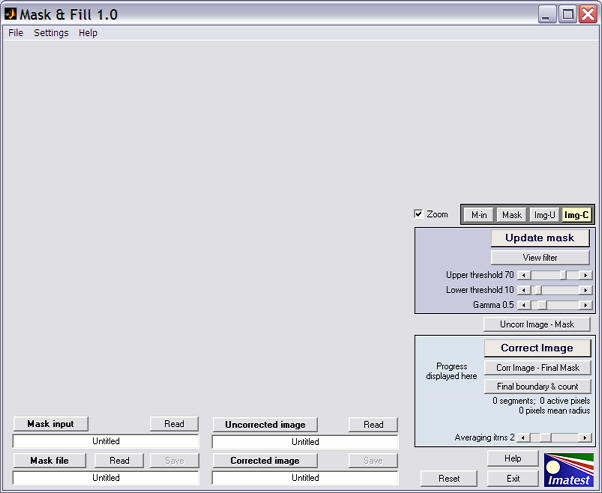 The Read buttons above all files but Corrected image open dialog boxes for reading the files, which will be displayed after they are read. The Save buttons above Mask file and Corrected image save the files calculated by Maskfill. The file names replace "Untitled" in the long white boxes. The buttons on the upper right ( M-in, Mask, Img-U, Img-C )can be used to display one of these four images on the upper right.

The large buttons above all four file boxes display the files. If Mask input or Uncorrected image files have not been read in, the dialog box for reading them will be displayed. If Mask file hasn’t been calculated or read, it will be calculated if the Mask input file has been read in. Here is the display after Mask input (the image of the plain, unstructured surface) has been read. The long file name box for the displayed image is highlighted in yellow. 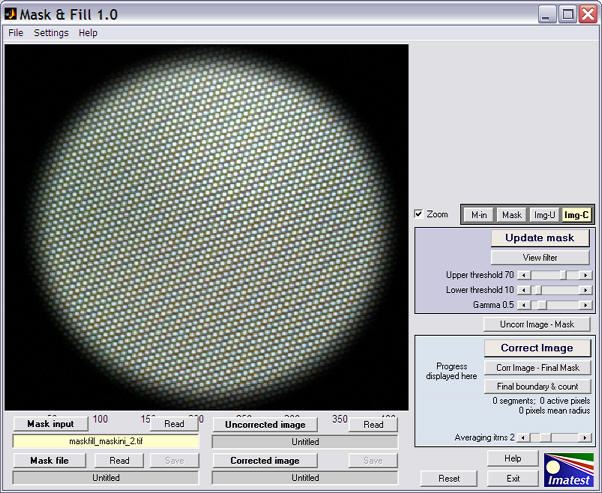 The   View filter   button displays the lowpass-filtered version of the Mask input image, used for the Upper (variable) threshold. 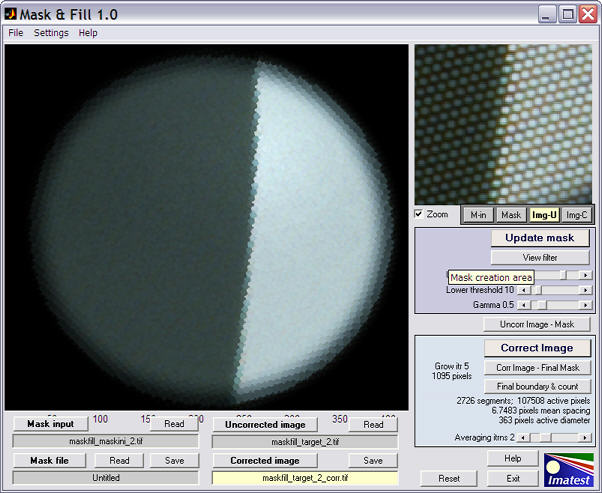 A zoomed view of the uncorrected image has been displayed in the upper-right for comparision. The Maskfill window also displays several interesting results: the number of segments (i.e., distince fiber light sources), the number of active pixels (inside the final mask), the mean spacing between the pixels (valid only for the hexagonal "honeycomb" pattern), and the diameter of the circle (4 pixels less than the measured mean of ymax-ymin and xmax-xmin for the final image boundaries).

The two buttons below Correct Image can be used to produce interesting displays. The first, Corr Image – Final Mask, shows only the active portion of the final corrected image, with the unmasked part as white. It is useful for visualizing the final mask boundary. 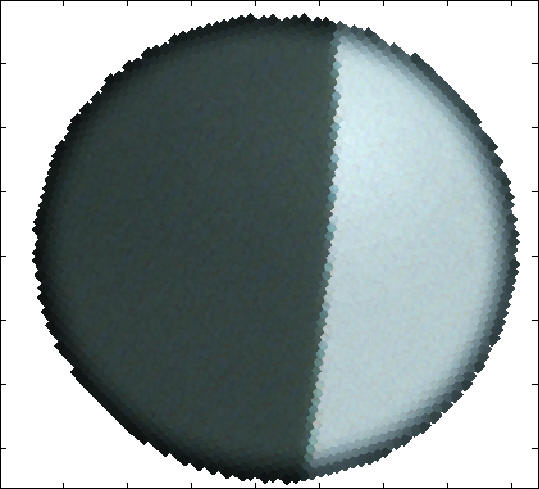 The second button, Final boundary & count, shows the final boundary and the image used to count the number of segments (light sources, i.e., active fibers in the fiber optic bundle). By zooming in (or maximizing the window), you can check to see that no individual light sources were missed or no two sources were merged. The following shows a zoom of the image. The squares represent single pixels. They are uneven in size because the Matlab display is not anti-aliased.

This image runs nicely in Imatest SFR. Here is a sample. 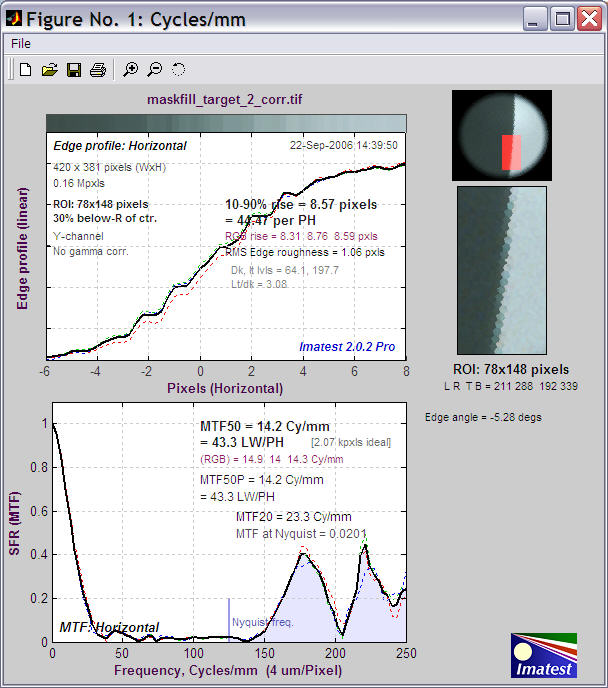