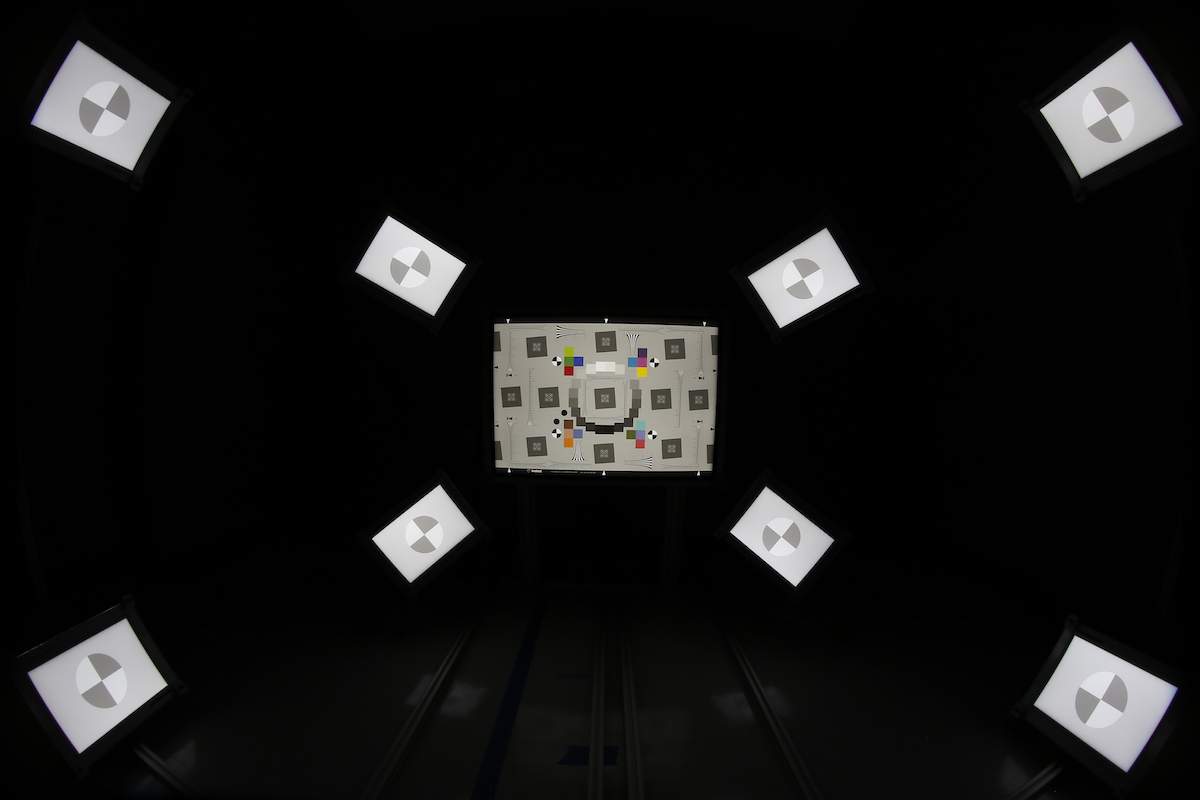 Beyond around 160° it becomes increasingly difficult to fill the image plane with a planar test chart.

We introduced SFRreg as a flexible target and analysis system for testing the resolution of ultra-wide cameras. (It can also be used for long-distance and depth of field testing) 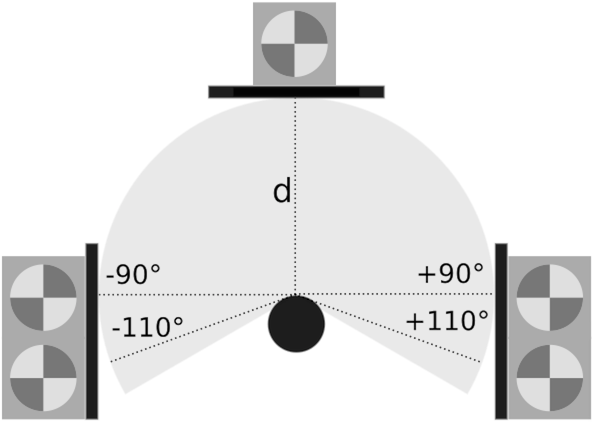 See SFRreg instructions for more information about running these tests.

SFRreg targets can be purchased from the Imatest Store.  The transmissive versions work well on the affordable Imatest LED Light Panel. 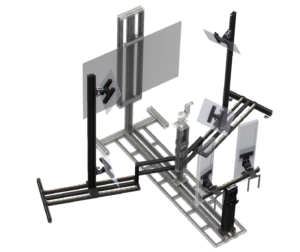 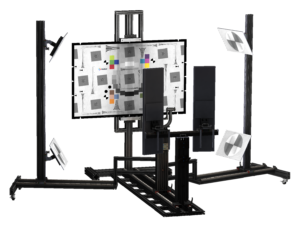 The Wide Field-of-View Module  is an add-on to Imatest’s Modular Test Stand and provides an easy to use platform for sharpness testing of camera systems up to 200 degree FOV.

Currently, SFRreg results are limited to resolution (MTF) analysis and do not include other image quality factors such as distortion, FoV, tilt, or rotation.  These can be calculated using SFRplus or eSFR ISO for the central portion of the ultra-wide image, then extrapolated to the outer extents of the ultra-wide lens.  We will be improving our geometry calculations for ultra-wide lenses in a future release. 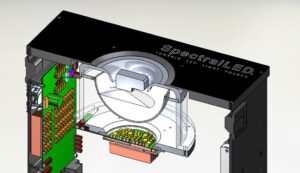 Flat panel diffuser transmissive illumination setups and traditional reflective tests setups are not suitable for ultra wide camera testing beyond around 130° testing. As you increase the angle between your lens and the diffuser panel there is a reduction in emittance. This can make the outer portions of the image dark, not because of a reduction in photoresponse, but because a curved light source is required for ultra-wide uniformity testing.

The Gamma Scientific RS-7-6 provides 180° testing with tunable spectrum. The Colorspace LB2 provides up to 300° FoV.

Have any questions about ultra-wide test setups?  Drop us a line to testing@imatest.com.