Automatic region detection in SFRplus and eSFR ISO tolerates moderate amounts of optical distortion (pincushion or barrel), but it has definite limits. In this page we describe special versions of SFRplus and eSFR ISO charts that can work (i.e., can be detected automatically) with highly barrel-distorted (“fisheye“) lenses, with fields of view up to around 160 degrees— which are used in a number of applications, particularly for automotive rear-view and sports cameras. Cameras with fields of view over 160 degrees— even approaching 360 degrees— can be tested with the SFRreg module, which uses multiple individual “registration mark” charts facing the camera.

Here is an example of a strongly barrel-distorted image (from the SFRplus settings window). Automatic ROI detection actually works, but ROI size has to be made very small to avoid including the chart edges or bars in the corner regions, and corners of the image are not included in the analysis. With more distortion, SFRplus is likely to fail entirely. 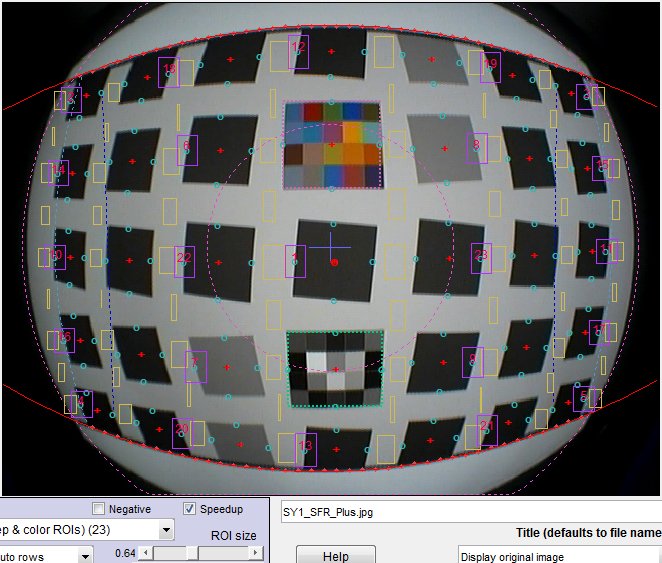 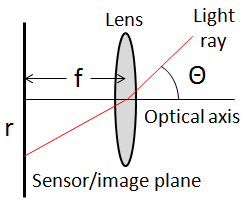 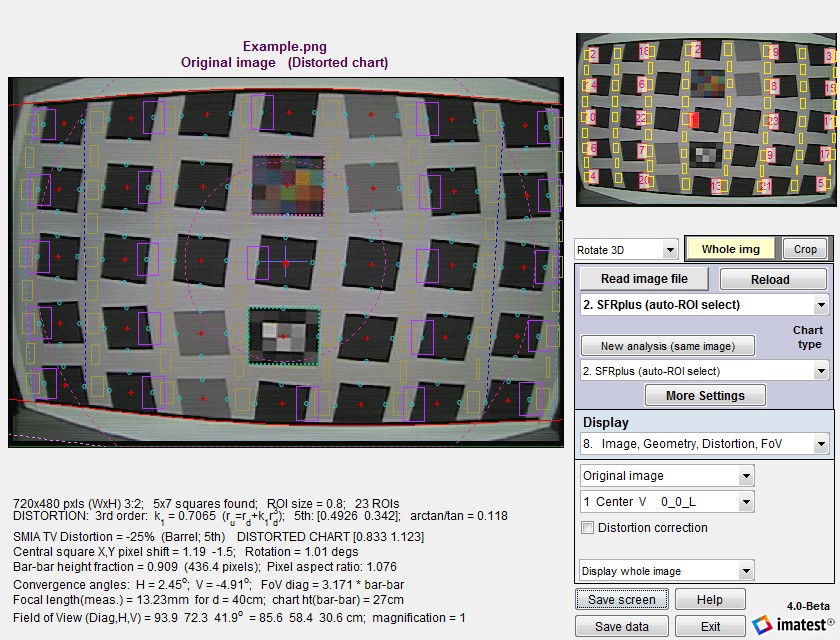 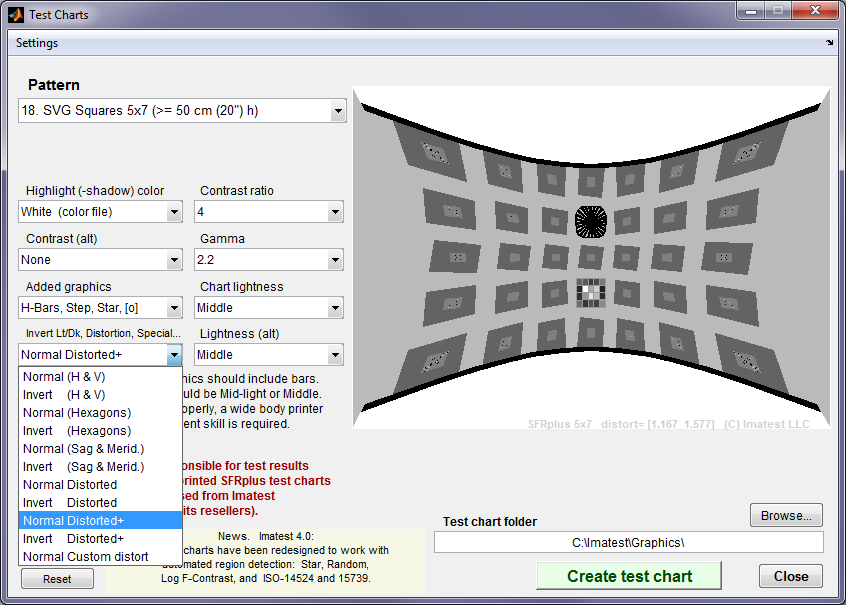 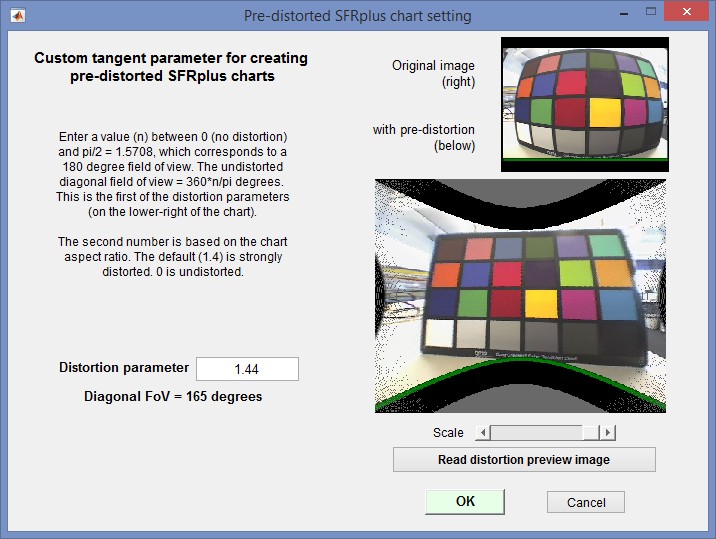