Introduction to the AutoFocus postprocessor

Imatest 4.5-5.1 can measure Autofocus repeatability of a digital still camera by using Imatest’s SFR module.  This module was deprecated in Imatest 5.2 since the ISO standard for Autofocus was postponed.

A method to measure the Autofocus Consistency performance of a digital still camera for both continuous and camera requiring focusing just before capture covered in Imatest’s AutoFocus Consistency postprocessor module. To test the AF Consistency of a device, capture several images at several different positions. The process of choosing positions for the camera is to first create a set of positions that the camera refocus each time when the camera moved between positions.  Use Imatest’s Autofocus test chart or any of the slanted edge test chart to capture test images and measure MTF50 values in cycles per pixel using the slanted edge modules(SFR) by saving the .json files. 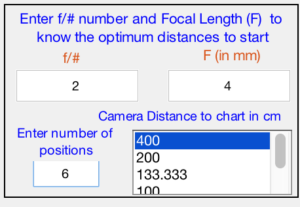 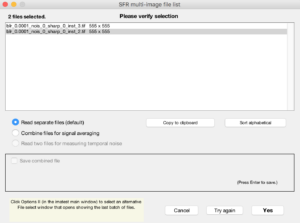 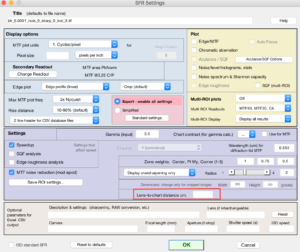 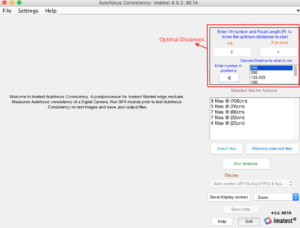 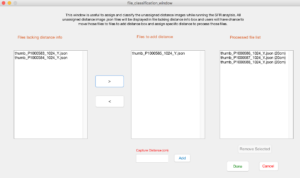 Several display(plots) options are available. They are selected in the lower-right region of the “Autofocus repeatability analysis“ window.

The image below shows Difference between each position Average MTF50 versus overall system Average MTF50. The x-axis shows number of positions (Distance in CM) and y-axis shows the MTF50 Difference distribution along each position in Cycles/pixel. If any of the image is not well focused that image exhibits a different MTF50 values compared to others. For example from position 1 to 4 the images shows a consistent behavior compared to 5th position where there is a drop in MTF50 difference because the camera is very closer to the target. 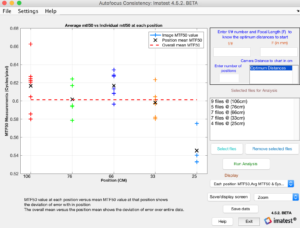 Several other plots are shown below to give you an idea on how MTF50 values is distributed across positions. 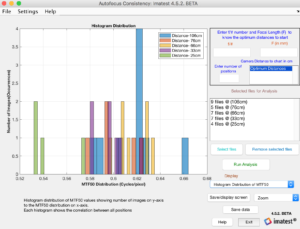 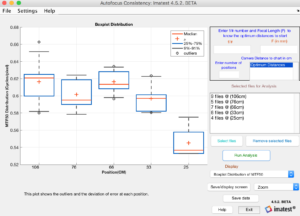 The above plot shows the over all system Mean, Median and the outliers MTF50 values in a single plot.