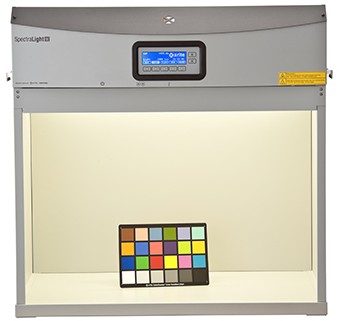 Note that the correction described in this page is not the same as nonuniformity correction for slanted-edge MTF measurements. Not also that Multicharts (a highly interactive module) and Multitest (a batch-capable fixed version of Multicharts) are recommended for new work. Colorcheck and Stepchart are older, less versatile modules that will be maintained because they have a large user base.

Imatest test images are often unevenly illuminated, sometimes because the test setup is inadequate (because of limited space or non-optimum lighting). Many widely-used viewing booths, such as the one shown on the right, are not uniformly illuminated (they’re visibly brighter on the top).

This nonuniformity can be worsened by vignetting (light falloff), which is especially prominent in wide-angle lenses. A good example of systems with serious nonuniformities is medical endoscopes with built-in illumination. There is usually a strongly falloff from center to edges, and it isn’t always nicely symmetrical around the center of the image.

Here is an example of a non-uniformly illuminated image. 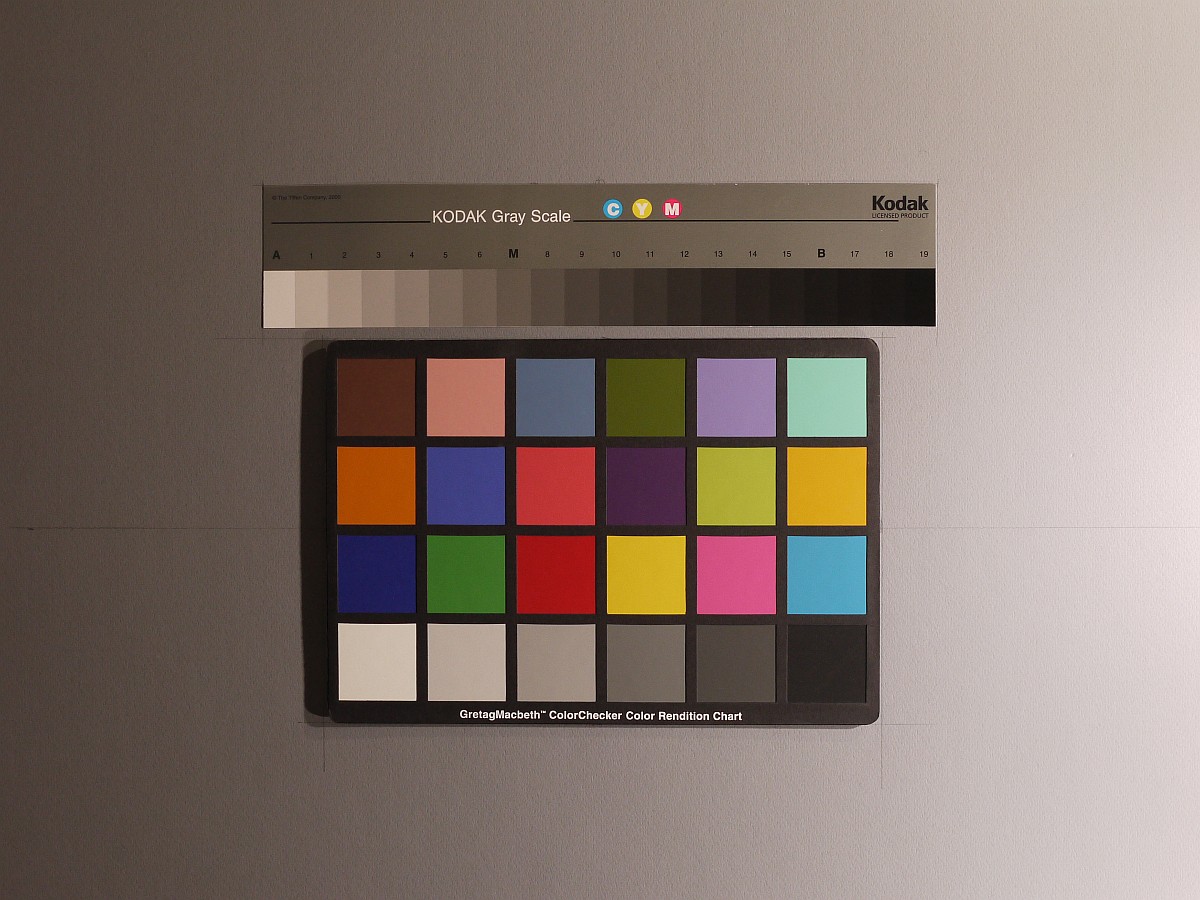 Q-14 and X-Rite Colorchecker image, unevenly illuminated
Click on this image (and the next) for a large downloadable version.

The uneven illumination (intentional in this case, but usually accidental) will have an adverse effect on measurements.

Several Imatest modules— Color/Tone Setup (formerly Multicharts), Color/Tone Auto (formerly Multitest), Stepchart, and Colorcheck— can correct for this nonuniform illumination by using an image of a flat-field target taken under identical conditions as the test target. If possible, the flat image should have a similar surface to the test target (often matte, sometimes luster or semi-gloss). Here is an example of such an image. 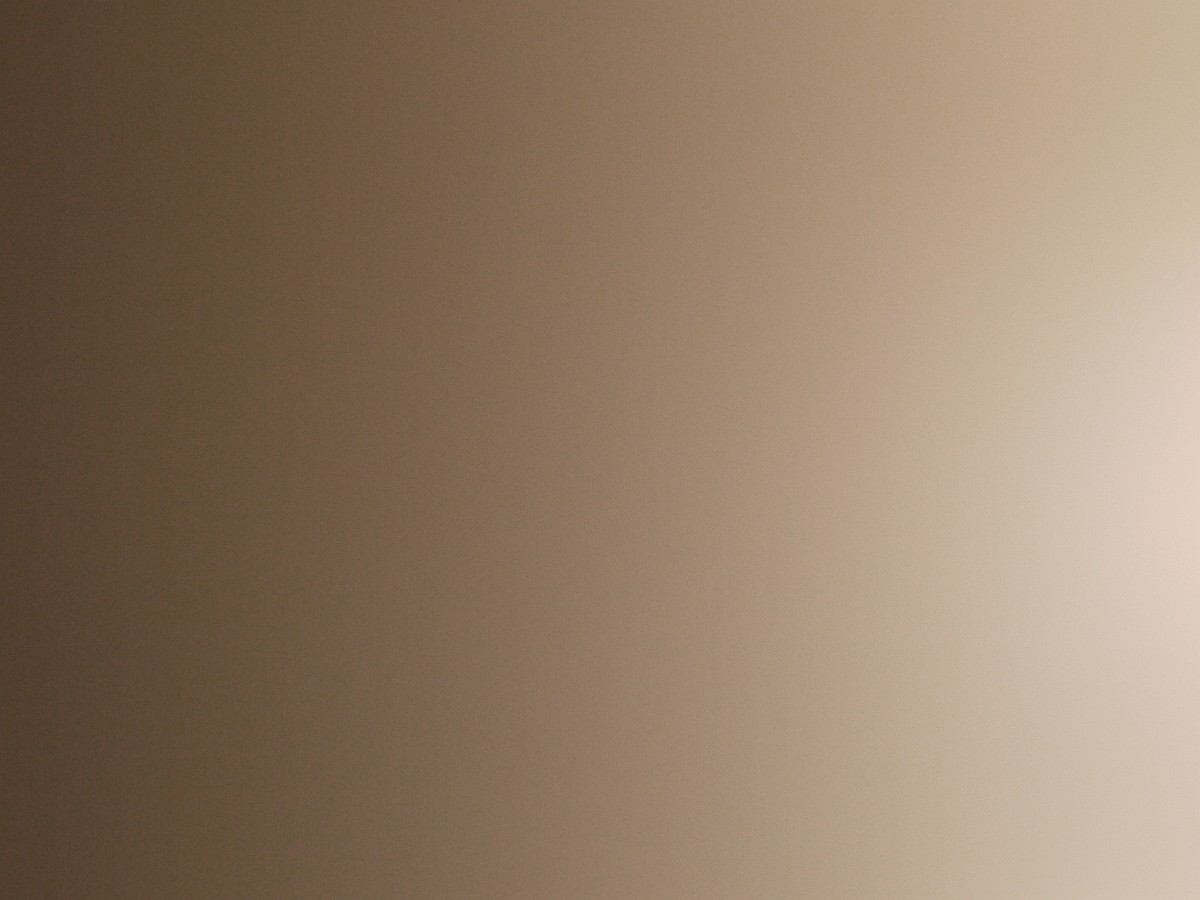 Nonuniformity correction image (of flat-field target) taken under identical
conditions as the image under test (above). 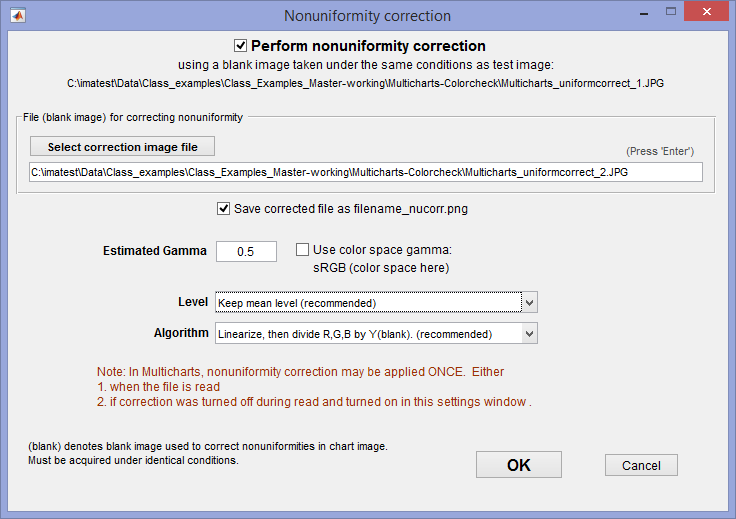 Here are some results with nonuniformity correction off and on. 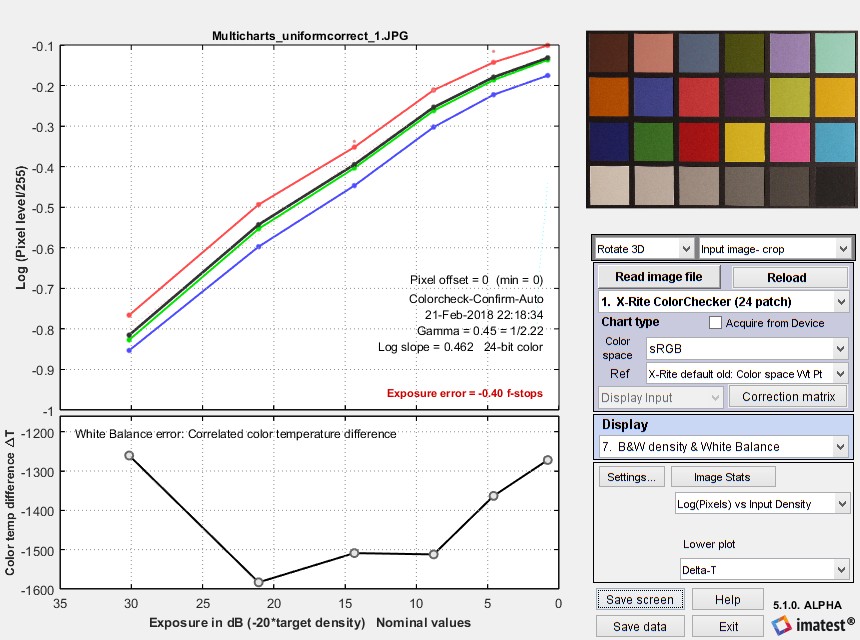 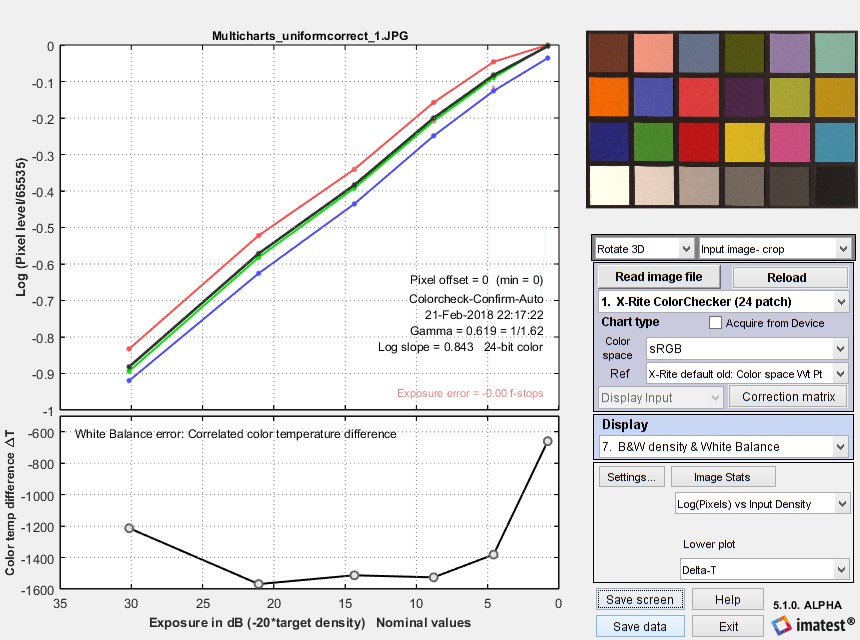