This document contains instructions for using Imatest with the Skype Hardware Certification Specification — For all Skype Video Devices Version 5.0. It also contains comments and suggestions (some of which we hope might be adopted in a future release of the spec).

The Skype spec uses only a tiny fraction of Imatest’s powerful capabilities. To learn more, see Image Quality Factors and SFRplus (which allows many factors to be measured from a single image). In addition to the GUI-based Master version, non-GUI versions— IT/EXE and IT/DLL— that can interface with manufacturing testing systems are available. Imatest also supports the Microsoft Lync Logo Video Capture Specification and the I3A CPIQ (Camera Phone Image Quality) Phase 2.0 specification.

We are making a number of enhancements to Imatest 3.9 to make it easier to obtain Skype results. These will be in Imatest 3.9-Beta prior to the official 3.9 release in February or March 2012.

Starting with Imatest 3.9, SFRplus has a region (ROI) selection setting that conforms to these tests. 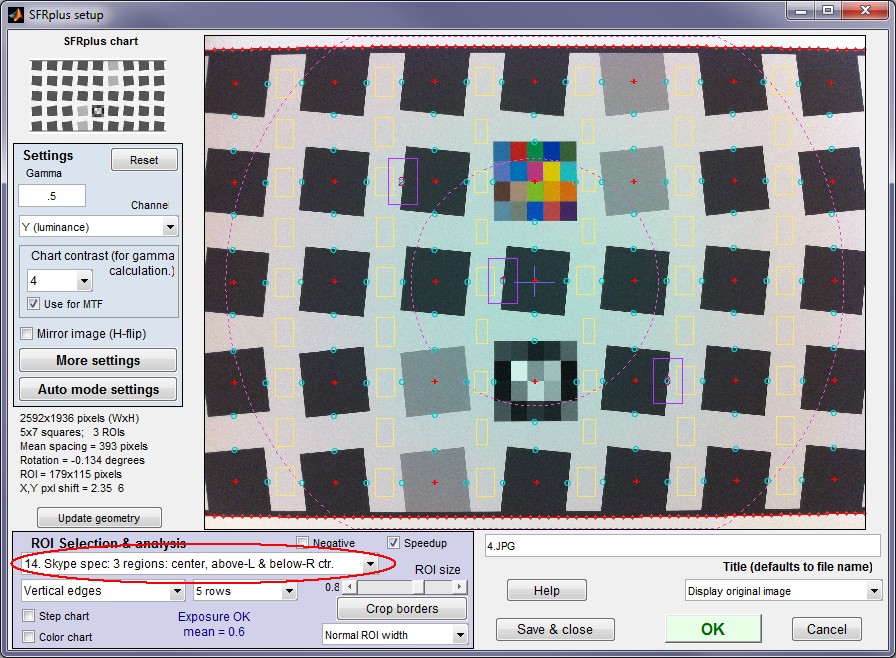 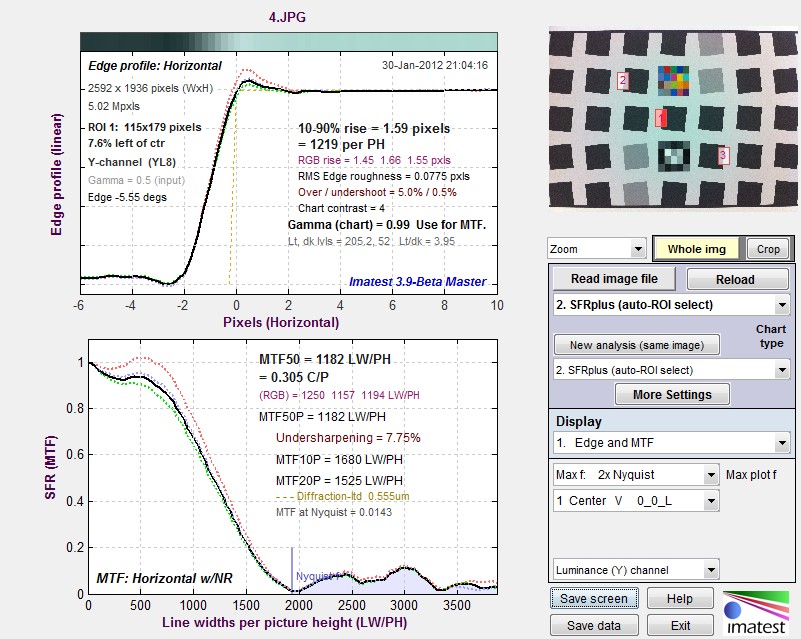 These are measured with standard Colorcheck runs. In the Colorcheck settings window, Color error display should be set to Delta-C, Delta-E (standard). (Note: we would have preferred Delta-C 94 or Delta-C 00, both of which are more recent and accurate as perceptual color difference measurements.)

ΔC*avg-abcorr is on the second line (right side) of the plot. It is Mean  Delta-C sat corr in the CSV output file.

Exposure accuracy can be obtained from a standard Colorcheck run. The standard Imatest calculation (Exposure error (f-stops) in the CSV output file; displayed in all figures except a*b* color error) is slightly different from the Skype spec. The Imatest measurement uses patches 2-5 from the bottom row of the ColorChecker, while the Skype spec uses all 6 patches. The logic behind the Imatest calculation is that patch 1 is sometimes saturated (P1 = 255) and is often in the highly nonlinear “shoulder” region of the response, while patch 6 is too dark to be visually significant in estimating exposure error (and on rare occasions Pi may be zero so that log(Pi) = -∞. For patch 6, common tonal response curves with nearly invisible irregularities can have a large effect on the measured results. 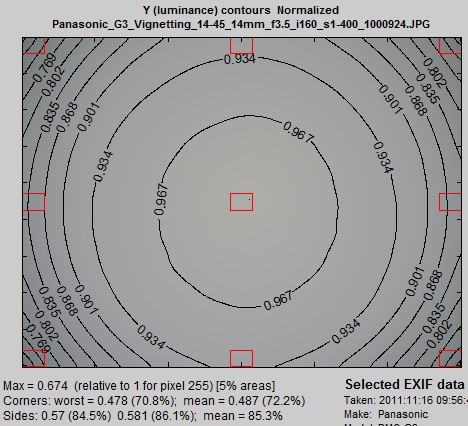 In Imatest this is measured with SFRplus (not with Colorcheck or the Colorchecker chart).