By definition, luminance contrast is the relationship between a bright area and an adjacent dark area. The contrast is subject to change, depending on various factors such as the imaging system being used, observer’s perception, illumination, distance from the target, and ambient room lighting. The contrast requirements of an imaging system must be fulfilled based on the total range of density values recorded on the image. Therefore, the imaging chain has to guarantee that a specified contrast can be detected in the signal by a given probability. Produced and to be reviewed by the IEEE p2020 Automotive Image Quality standards committee, the contrast detection probability (CDP) allows each contrast measurement result to be expressed inside confidence intervals with given probabilities. (For more information, refer to Detection Probabilities: Performance Prediction for Sensors of
Autonomous Vehicles.1)

The CDP in Imatest is defined from one of two contrast metrics—the Weber contrast and the Michelson contrast:

Imatest’s implementation of CDP is the integral of the probability of observing a contrast.

This allows for investigations of CDP behavior with different sets of bounds. Bounds where the upper limit is infinite for Weber or 1 for Michelson contrasts enable investigation if the system can replicate (or enhance) a scene contrast.

Imatest 5.2 (or later) can produce CDP measurements using the Contrast-Resolution test chart via low contrast objects in a variety of contexts from bright to dark, challenging the imaging system to get appropriate exposures of a wide range of tones (see chart below). 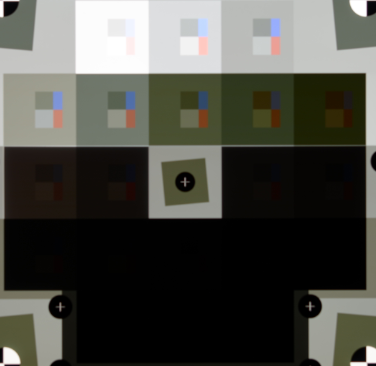 To generate the CDP results in Imatest (see Contrast-Resolution chart above), do the following:

The first display option is the CDP Detail, which can be found by navigating to Display#17 in the color/tone interactive display option. A sample image of the CDP detail plot is shown below. 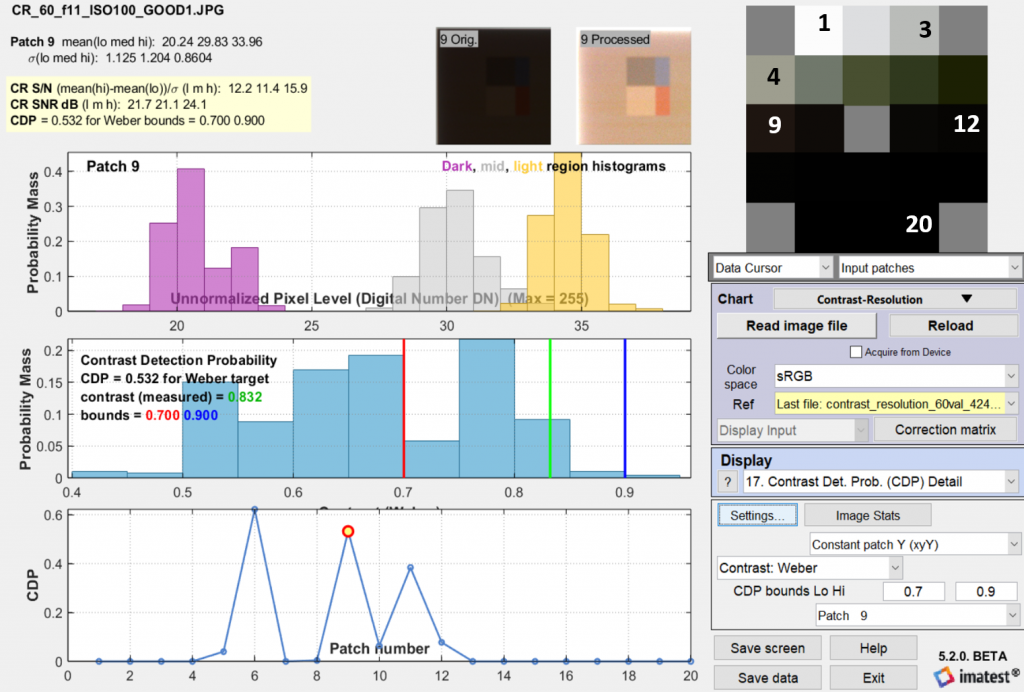 The CDP plot allows the user to visualize each patch in the contrast-resolution chart separately. Shown above is Patch 9 in the given Contrast-Resolution chart. Notice on the right side of the above figure, the contrast is set to Weber. The user can measure contrast using Weber or Michelson contrast metrics. Both values are rescaled to match one another; in this way, the final CDP plot results will not change.

Imatest allows the user to set the lower and upper bounds for all the patches and select either Cw or Cm contrast. The red and blue lines (in the middle subplot) correspond to the “CDP bounds Lo Hi” user-specified parameters. The parameter values are based on the application of the imaging system and the contrast of the patch of interest.

In this context, the contrast was set between 0.7 and 0.9 for Patch 9. The contrast of the chart based on the associated reference file is 0.8332 (green line). All the contrast values within the specified bounds are then integrated to quantify the CDP.

The upper subplot represents the histogram of the user-selected patch, in this case Patch 9:

The middle subplot shows the histogram of the Weber or Michelson (Weber was used in the above figure) metrics. The x-axis represents the Weber or Michelson contrast value. The y-axis represents the normalized probability mass occurrence of the corresponding patch. The values in the middle plot that are within the bounds are integrated and a CDP metric is then calculated. This process is done for every patch in the Contrast-Resolution chart. The bottom subplot shows the measured CDP of each patch.

Display#18, shown below, provides a brief CDP summary for all the contrast resolution patches. 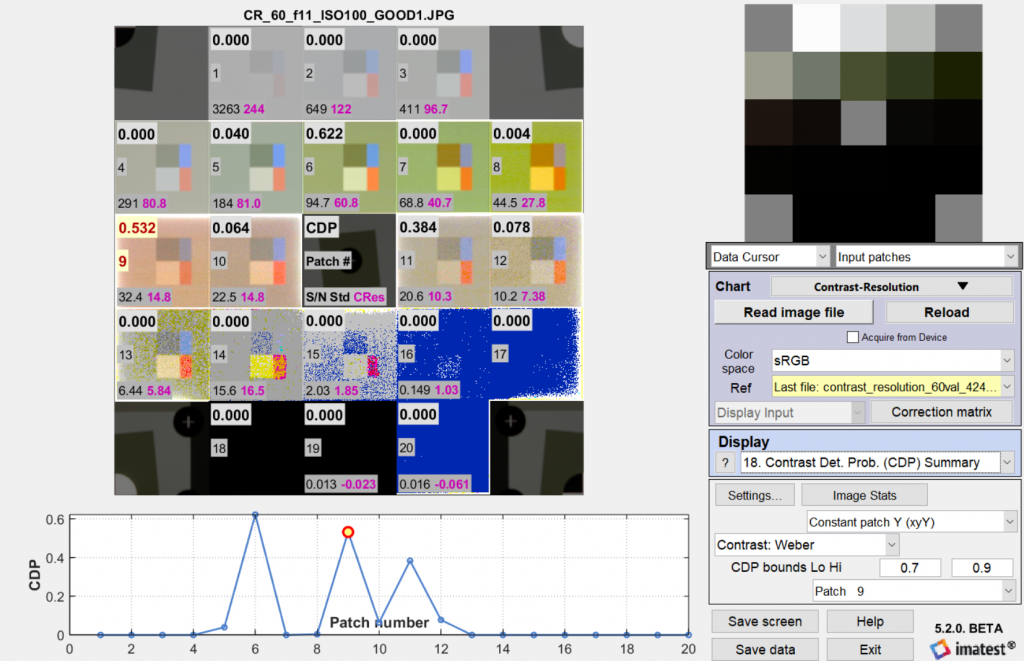 For each patch, the following measurements are displayed:

This shows each pair of CDP calculations for the 20-patch contrast resolution chart: