This module allows users to get a number of measurements out of custom, legacy, or competitors’ charts which are unsupported in other modules in Imatest, as long as they are composed of only a certain set of features (described below). It is available in both Imatest Master and Imatest IT.

The following set of features can be added to chart designs and analyzed with the Arbitrary Charts module. This is a growing list, with new features added with new software releases. See the Arbitrary Chart Definitions page to learn about the attributes for each feature.

For Imatest to automatically locate and analyze target chart features in an image, the layout and reference values of a chart must be defined by a chart definition file. These files indicate the relative locations of features and important information about them for analysis, such as the expected color of a color patch area. They are dependent upon both the layout of features you want to analyze and the medium the chart is produced on. Below is an illustration of how this JSON-structured, plain-text file describes the features and their layout. 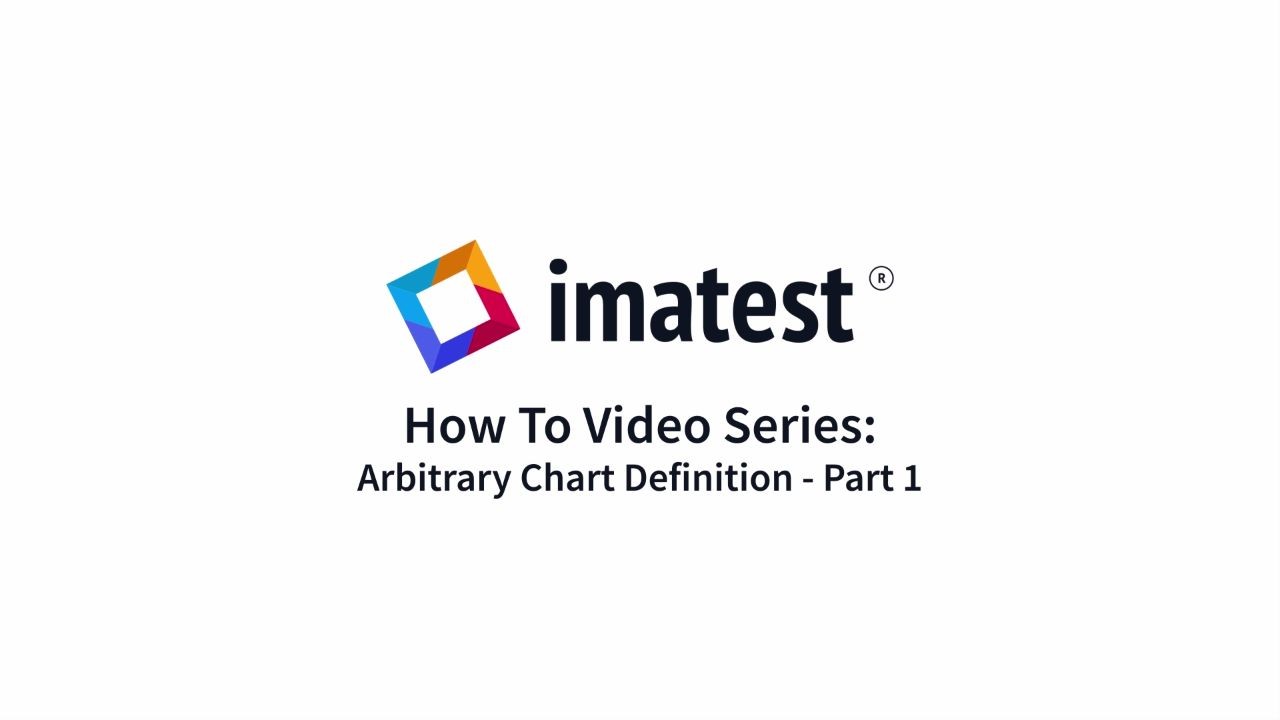 Arbitrary Chart Definition Part 1: In this video, we introduce chart definition JSON files, their structure, and purpose in the Arbitrary Charts module.

We encourage users to design their own chart layouts consisting of combinations of the above features as suits their needs. Currently, the creation of these designs is a manual process and there are no integrated tools in Imatest for doing so. However, the Chart Definition Utility GUI in Imatest Master can aid in the verification of correctness of chart definition files.

Contact support@imatest.com if you need further assistance in producing a chart design.

Once you have created your own chart design, both a graphic version and chart definition file, contact charts@imatest.com for precision fabrication of the design on a number of different substrate media.

The Arbitrary Charts module is an area of active development- it works differently from most other modules in Imatest in a number of ways. We are working on adding every capability of Imatest to this module, but below is a current list of known limitations. These apply to both Master and IT.