See also the Introduction to stray light (flare) page for an overview of how to set up for stray light testing. 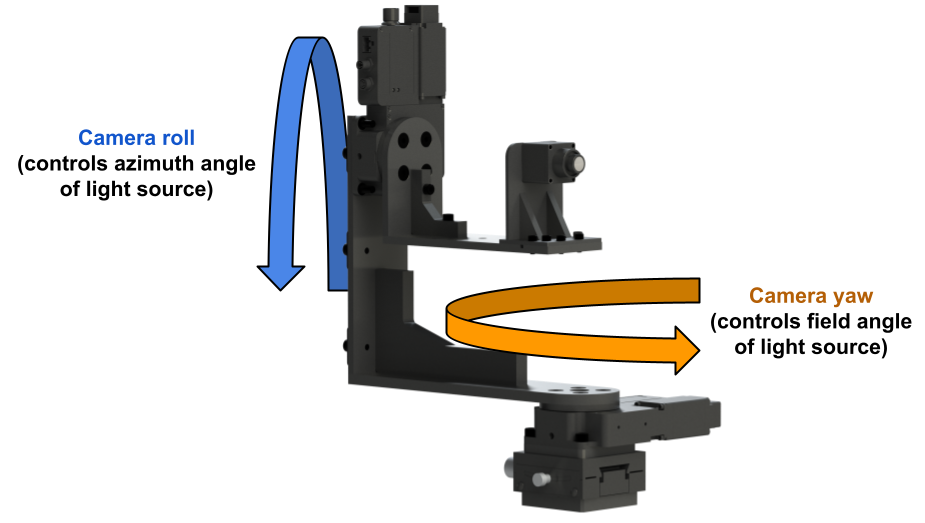 A render of the Imatest Motorized Gimbal with an automotive-grade camera (and custom camera holder) mounted in the stray light test configuration. In this configuration, the gimbal allows for control over camera roll and yaw, effectively providing control over the field angle and azimuth angle of a light source when properly set up and aligned.

The Imatest Motorized Gimbal includes two Zaber rotational stages which can be controlled over USB using a computer.

Physically set up the Motorized Gimbal by ensuring it is positioned so that no collisions or entanglement could occur if both axes are rotated 360 degrees.

Power on and connect the Motorized Gimbal to a computer using the included USB cable. 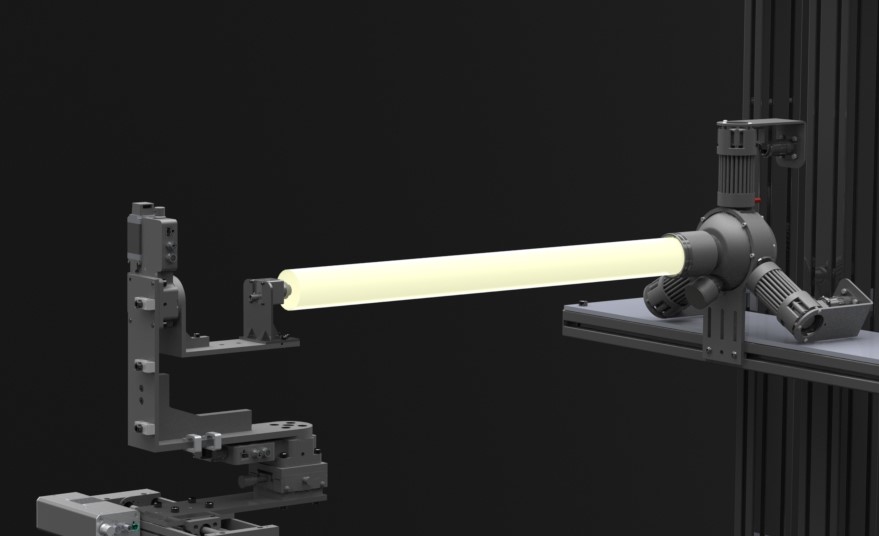 A render of the Imatest Motorized Gimbal with an automotive-grade camera (and custom camera holder) mounted in the stray light test configuration, along with a concept render of a light source. A collimated beam of light is projected from the light source and overfills the front of the camera. The camera should be mounted such that its front is located at the gimbal’s center-of-rotation. The camera should be translationally aligned within the center of the projected beam of light. To start, the camera may be rotationally aligned to be perpendicular with the light source which would correspond to an on-axis position (field angle of zero).

To get started with controlling the Motorized Gimbal, download and install the Zaber Console. The Zaber Console is an application providing the ability to command Zaber devices, adjust settings, and create simple command scripts. See the official Zaber Console documentation for additional details.

Note that most Zaber devices should be “homed” (or “zeroed”) after powering on to ensure accurate absolute positioning. It is recommended to home both axes of Motorized Gimbal after a power cycle. Again, ensure that no collisions or entanglements could occur prior to homing. Homing can be performed using the Zaber Console or programmatically.

A sample script can be found in the “<Imatest IT install directory>\samples\hardware” directory, or alternatively, on Imatest’s “hardware-samples” Github repository.

The sample script is supplied in the following programming languages which have overlapping support from Imatest IT and the Zaber Motion Control Library: 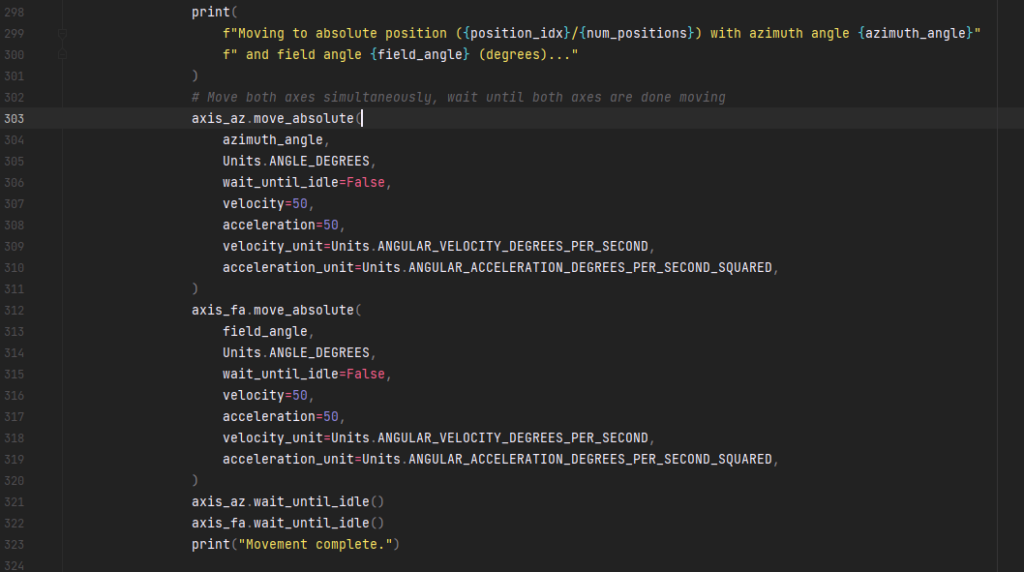 The main purpose of this sample script is to serve as an example of how one could control the Motorized Gimbal to capture images to use for stray light analysis. See also the official Zaber Motion Library documentation for basic samples and instructions on how to programmatically control Zaber devices.

To get started with using this sample script: